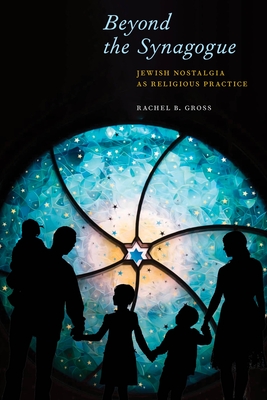 Reveals nostalgia as a new way of maintaining Jewish continuity In 2007, the Museum at Eldridge Street opened at the site of a restored nineteenth-century synagogue originally built by some of the first Eastern European Jewish immigrants in New York City. Visitors to the museum are invited to stand along indentations on the floor where footprints of congregants past have worn down the soft pinewood. Here, many feel a palpable connection to the history surrounding them. Beyond the Synagogue argues that nostalgic activities such as visiting the Museum at Eldridge Street or eating traditional Jewish foods should be understood as American Jewish religious practices. In making the case that these practices are not just cultural, but are actually religious, Rachel B. Gross asserts that many prominent sociologists and historians have mistakenly concluded that American Judaism is in decline, and she contends that they are looking in the wrong places for Jewish religious activity. If they looked outside of traditional institutions and practices, such as attendance at synagogue or membership in Jewish Community Centers, they would see that the embrace of nostalgia provides evidence of an alternative, under-appreciated way of being Jewish and of maintaining Jewish continuity. Tracing American Jews' involvement in a broad array of ostensibly nonreligious activities, including conducting Jewish genealogical research, visiting Jewish historic sites, purchasing books and toys that teach Jewish nostalgia to children, and seeking out traditional Jewish foods, Gross argues that these practices illuminate how many American Jews are finding and making meaning within American Judaism today.

Rachel B. Gross is Assistant Professor and John and Marcia Goldman Chair in American Jewish Studies in the Department of Jewish Studies at San Francisco State University.
Loading...
or support indie stores by buying on