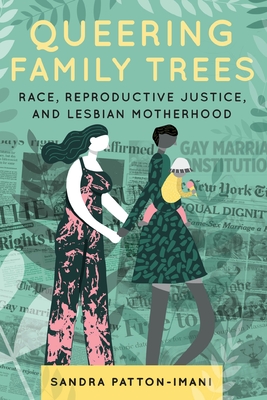 One might be tempted, in the afterglow of Obergefell v. Hodges, to believe that the battle has been won, that gays and lesbians fought a tough fight and finally achieved equality in the United States through access to legal marriage. But that narrative tells only one version of a very complex story about family and citizenship. Queering Family Trees explores the lived experience of queer mothers in the United States, drawing on over one hundred interviews with African American, Latina, Native American, white, and Asian American lesbian mothers living in a range of socioeconomic circumstances to show how they have navigated family-making. While the legalization of same-sex marriage and adoption in 2015 has provided avenues toward equality for some couples, structural and economic barriers have meant that others--especially queer women of color who often have fewer financial resources--have not been able to access seemingly available "choices" such as second-parent adoptions, powers of attorney, and wills. Sandra Patton-Imani here argues that the virtual exclusion of lesbians of color from public narratives about LGBTQ families is crucial to maintaining the narrative that legal marriage for same-sex couples provides access to full equality as citizens. Through the lens of reproductive justice, Patton-Imani argues that the federal legalization of same-sex marriage reinforces existing structures of inequality grounded in race, gender, sexuality, and class. Queering Family Trees explores the lives of a critically erased segment of the queer population, demonstrating that the seemingly "color blind" solutions offered by marriage equality do not rectify such inequalities.

Sandra Patton-Imani is Professor of American Studies at Drake University, where she teaches Anthropology, Sociology, and Women's Studies. She is a former postdoctoral fellow at the Institute on Race and Poverty at the University of Minnesota Law School. She earned her M.A. and Ph.D. from University of Maryland, College Park in American Studies with a graduate certificate in Women's Studies. She earned a B.A. in Radio/TV/ Film and American Studies at California State University, Fullerton. She is the author of BirthMarks: Transracial Adoption in Contemporary America, New York University Press 2000, as well as numerous scholarly articles on adoption, race, gender, and family.
Loading...
or support indie stores by buying on