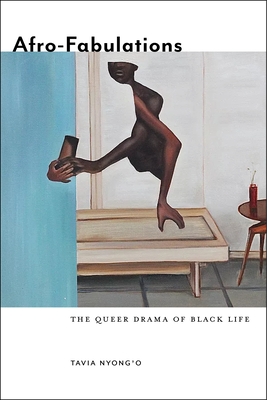 Winner, 2019 Barnard Hewitt Award for Outstanding Research in Theatre History, given by the American Society for Theatre Research

In Afro-Fabulations: The Queer Drama of Black Life, cultural critic and historian Tavia Nyong'o surveys the conditions of contemporary black artistic production in the era of post-blackness. Moving fluidly between the insurgent art of the 1960's and the intersectional activism of the present day, Afro-Fabulations challenges genealogies of blackness that ignore its creative capacity to exceed conditions of traumatic loss, social death, and archival erasure. If black survival in an anti-black world often feels like a race against time, Afro-Fabulations looks to the modes of memory and imagination through which a queer and black polytemporality is invented and sustained. Moving past the antirelational debates in queer theory, Nyong'o posits queerness as "angular sociality," drawing upon queer of color critique in order to name the gate and rhythm of black social life as it moves in and out of step with itself. He takes up a broad range of sites of analysis, from speculative fiction to performance art, from artificial intelligence to Blaxploitation cinema. Reading the archive of violence and trauma against the grain, Afro-Fabulations summons the poetic powers of queer world-making that have always been immanent to the fight and play of black life.

Tavia Nyong'o is Professor of African American Studies, American Studies, and Theater & Performance Studies at Yale University and the author of Afro-Fabulations: The Queer Drama of Black Life (2018).
or support indie stores by buying on
Copyright © 2020 American Booksellers Association