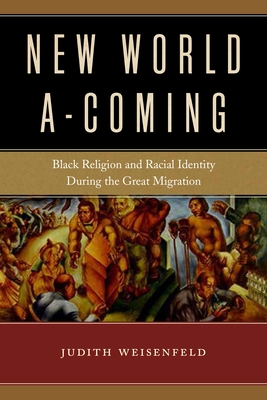 Black Religion and Racial Identity During the Great Migration

Winner of the 2017 Albert J. Raboteau Book Prize for the Best Book in Africana Religions

When Joseph Nathaniel Beckles registered for the draft in the 1942, he rejected the racial categories presented to him and persuaded the registrar to cross out the check mark she had placed next to Negro and substitute "Ethiopian Hebrew." "God did not make us Negroes," declared religious leaders in black communities of the early twentieth-century urban North. They insisted that so-called Negroes are, in reality, Ethiopian Hebrews, Asiatic Muslims, or raceless children of God. Rejecting conventional American racial classification, many black southern migrants and immigrants from the Caribbean embraced these alternative visions of black history, racial identity, and collective future, thereby reshaping the black religious and racial landscape. Focusing on the Moorish Science Temple, the Nation of Islam, Father Divine's Peace Mission Movement, and a number of congregations of Ethiopian Hebrews, Judith Weisenfeld argues that the appeal of these groups lay not only in the new religious opportunities membership provided, but also in the novel ways they formulated a religio-racial identity. Arguing that members of these groups understood their religious and racial identities as divinely-ordained and inseparable, the book examines how this sense of self shaped their conceptions of their bodies, families, religious and social communities, space and place, and political sensibilities. Weisenfeld draws on extensive archival research and incorporates a rich array of sources to highlight the experiences of average members. The book demonstrates that the efforts by members of these movements to contest conventional racial categorization contributed to broader discussions in black America about the nature of racial identity and the collective future of black people that still resonate today.

Judith Weisenfeld is Agate Brown and George L. Collord Professor in the Department of Religion at Princeton University. She is the author of Hollywood Be Thy Name: African American Religion in American Film, 1929-1949 and African American Women and Christian Activism: New York's Black YWCA, 1905-1945.
or
Buy Here
Copyright © 2020 American Booksellers Association