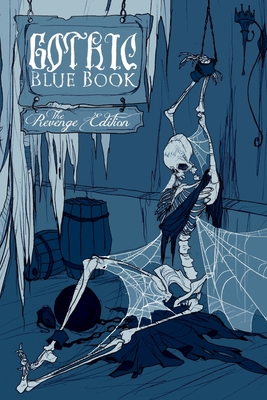 A collection of short stories and poems resurrect the spirit of the Gothic Blue Book. Gothic Blue Books were short fictions popular in the 18th and 19th century. They were descendants of the chap book trade. Burial Day Books presents its second Gothic Blue Book, The Revenge Edition. The following fifteen short stories and poems honor the Gothic story. Misery, fear, despair, regret and dread are highlighted in the following pages, stirring old ghosts, witches, and awakening death. The following collection of new and established horror authors weave together brilliant tales of terror celebrating the history of the Gothic story with a new twist.

Daniel Kraus - NORA AND THE GRAVEDIGGER

Cortney Philip - WHEN THE SUN STAYS DOWN

Melissa Stanziale - THE CHLIDREN OF ORORO

CYNTHIA (CINA) PELAYO is a graduate of The School of the Art Institute of Chicago's Master of Fine Art in Writing program. Her short story collection, LOTERIA, is a collection of 54 short stories based on Latin American folklore, superstition, legend and myth. Her first horror novel, Santa Muerte, about the Mexican cult of death will be released in October via Post Mortem Press. She is a member of the Horror Writer's Association and is also the Publisher/Gravedigger of Burial Day Books. She wears black-most of the time-and she stays out of the sun as much as (un)humanly possible.
Loading...
or support indie stores by buying on