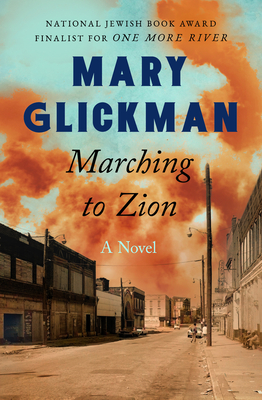 A family of Eastern European refugees finds a home in racially charged St. Louis in this sweeping historical novel from a National Jewish Book Award finalist.

In 1916, Mags Preacher arrives in the big city of St. Louis, fresh from the piney woods, hoping to learn the beauty trade. Instead, she winds up with a job at Fishbein's Funeral Home, run by an migr who came to America to flee the pogroms of Russia. Mags knows nothing about Jews except that they killed the Lord Jesus Christ, but by the time her boss saves her life during the race riots in East St. Louis, all her perceptions have changed.

Marching to Zion is the story of Mags and of Mr. Fishbein, but it's also the story of Fishbein's daughter, Minerva, a beautiful redhead with an air of danger about her, and Magnus Bailey, Fishbein's charismatic business partner and Mags's first friend in town. When Magnus falls for Minerva's willful spirit, he'll learn just how dangerous she can be for a black man in America.

Readers of Mary Glickman's One More River will celebrate the return of Aurora Mae Stanton, who joins a cast of vibrant new characters in a tale that stretches from East St. Louis, Missouri, to Memphis, Tennessee, from World War I to the Great Depression. Hailed as "a powerful reminder of the discrimination and unspeakable hardships African Americans suffered," Marching to Zion is a gripping love story, a fascinating angle on history, and a compelling meditation on justice and fate (Jewish Book Council).