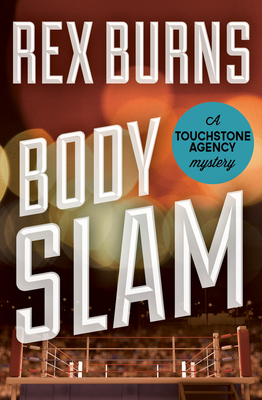 Targeted by thugs, a wrestling impresario reaches out to an old friend
When Otto Lidke got a tryout in pro football, he hired a lawyer friend named Jim Raiford to handle his contract. The negotiations were bungled, forcing both men into a career change. Trying to start a pro wrestling circuit in Denver, Lidke runs afoul of the national federation, which does everything it can--legal and otherwise--to stamp out his new venture. When shady business practices escalate into threats on his life, Lidke calls on Raiford, now a private investigator, to dig up some dirt on the men who are trying to put him out of business.
But instead he gets Raiford's daughter, Julie--a whip-smart sleuth looking to prove she's every bit as savvy as her father. As Julie and her dad dig into the vicious world of small-time wrestling, they find that though the fights may be fixed, the danger is all too real.

Rex Burns (b. 1935) is the author of numerous thrillers set in and around Denver, Colorado. Born in California, he served in the Marine Corps and attended Stanford University and the University of Minnesota before becoming a writer. His Edgar Award-winning first novel, The Alvarez Journal (1975), introduced Gabe Wager, a Denver police detective working in an organized crime unit. Burns continued this hard-boiled series through ten more novels, concluding it with 1997's The Leaning Land. One of the Wager mysteries, The Avenging Angel (1983), was adapted as a feature film, Messenger of Death, starring Charles Bronson. Burns's other two series center on Devlin Kirk and James Raiford, both Denver-based private detectives. Once a monthly mystery review columnist in the Rocky Mountain News, Burns has also written nonfiction and hosted the Mystery Channel's Anatomy of a Mystery. He lives and writes in Boulder, Colorado.
Loading...
or support indie stores by buying on