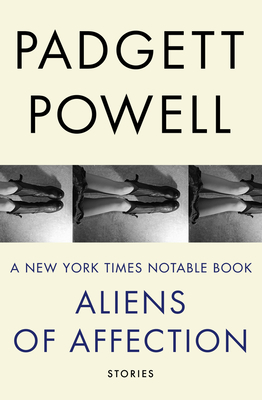 A New York Times Notable Book: The idiosyncratic genius of Padgett Powell shines through in nine stories that bend the conventions of short fiction.
Padgett Powell's literary stage is a blurred vision of the American South. His characters are bored, sad, assured, confused, deluded, and often just one step away from madness. The stories they populate are madder still, delivered by a voice enthralling and distinctive.
Whether he's chronicling a housewife's encouragement of adolescent lust, following two good ol' boys on their search for a Chinese healer, or delving into the mind of an unstable moped accident survivor as he awaits a hefty settlement check, Powell revels in the irregularities of the mundane. His people occupy bar stools and strip clubs, pickup truck cabs and mental health clinics, looking for love, drugs, answers. According to the New York Times Book Review, "Mr. Powell is like a fabulous guest at a dinner party, the guy who gets people drinking far too much and licking their dessert plates and laughing at jokes--for which not a few of them will hate themselves in the morning.