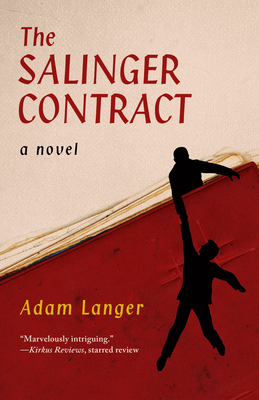 An enthralling literary mystery that connects some of the world's most famous authors--from Norman Mailer and Truman Capote to B. Traven and J. D. Salinger--to a sinister collector in Chicago

Adam Langer, the narrator of this deft and wide-ranging novel by the author of the same name, tells the intertwining tales of two writers navigating a plot neither one of them could have ever imagined. There may be no other escape than to write their way out of it.

Adam is a writer and stay-at-home dad in Bloomington, Indiana, drawn into an uneasy friendship with the charismatic and bestselling thriller author Conner Joyce. Conner is having trouble writing his next book, and when a menacing stranger approaches him with an odd--and lucrative--proposal, events quickly begin to spiral out of control.

A novel of literary crimes and misdemeanors, The Salinger Contract will delight anyone who loves a fast-paced story told with humor, wit, and intrigue.

Born and raised in Chicago, Adam Langer is the author of the novels Crossing California, The Washington Story, Ellington Boulevard, and The Thieves of Manhattan, and the memoir My Father's Bonus March. His has written about books and authors for such publications as the Chicago Tribune, the Los Angeles Times, the New York Times, the Huffington Post, the San Francisco Chronicle, and the Washington Post, among others. He has been a frequent radio and TV guest, including appearances on CNN, Fox, and NPR's Morning Edition and All Things Considered. The Chicago Public Library recently purchased a significant collection of his papers. He is the former senior editor of Book Magazine and currently serves as the arts and culture editor of the Jewish Daily Forward. Langer lives in New York City with his wife, Beate; his daughters, Nora and Solveig; and their dog, Kazoo.
Loading...
or
Not Currently Available for Direct Purchase