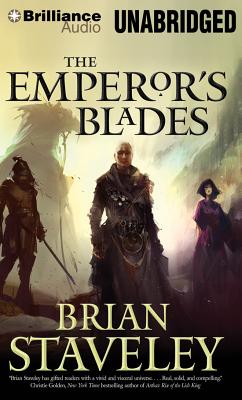 A vividly imagined story of conspiracy and empire. Col Buchanan, author of "Farlander"

The emperor of Annur is dead, slain by enemies unknown. His daughter and two sons, scattered across the world, do what they must to stay alive and unmask the assassins. But each of them also has a life-path on which their father set them, their destinies entangled with both ancient enemies and inscrutable gods.

At the heart of the empire, Minister Adare, elevated to her station by one of the emperor's final acts, is determined to prove herself to her people. But Adare also believes she knows who murdered her father, and she will stop at nothing and risk everything to see that justice is meted out.