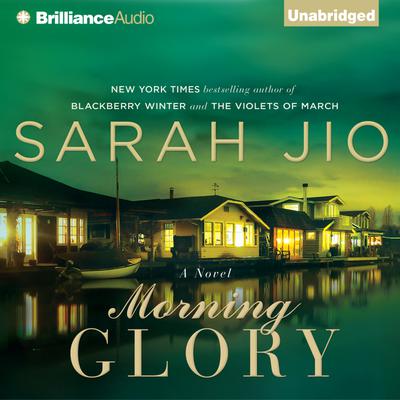 In a Seattle houseboat community, the artistic spirit that has flourished since the 1950s may have ended one life yet saved another.

On Seattle's Lake Union floats Boat Street. The farthest slip on the dock holds a houseboat sided with weathered cedar shingles and trailing morning glory, the white flowering vine whose loveliness is deceiving. In the 1950s, Penny, newly Mrs. Dexter Wentworth, takes up residence, dreaming of fulfillment as the muse to a successful local artist destined for national renown. In present day, Ada Santorini is drawn to the same floating home, hoping its gentle rocking will lull the pain of the personal tragedy that drove her from New York City.

As Ada settles in, she discovers a trunk full of mementos of a radiant love affair that unfolded in Seattle’s most iconic locales. Neighbors reveal little about the past, only that the beautiful and mysterious Penny had a hold on all who knew her. The travel writer in Ada senses the journey of a lifetime. On Boat Street, Penny’s mysterious past and Ada’s own clouded future are destined to converge.