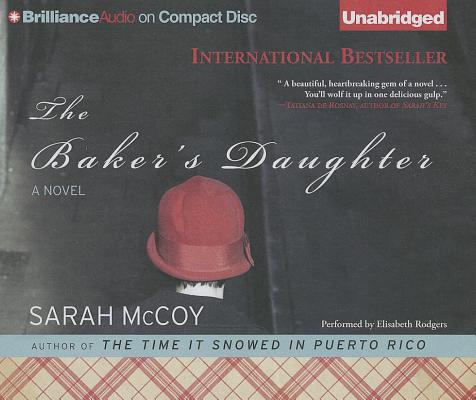 "The rare book in which the modern-day story is as compelling as the wartime tale it contains.... El Paso, Texas, and Garmisch, Germany, make for an unexpected harmony of flavors." --Jenna Blum, bestselling author of Those Who Save Us

In 1945, Elsie Schmidt is a naive teenager, as eager for her first sip of champagne as she is for her first kiss. She and her family have been protected from the worst of the terror and desperation overtaking her country by a high-ranking Nazi who wishes to marry her. So when an escaped Jewish boy arrives on Elsie's doorstep on Christmas Eve, Elsie understands that opening the door would put all she loves in danger.

Sixty years later, in El Paso, Texas, Reba Adams is trying to file a feel-good Christmas piece for the local magazine, and she sits down with the owner of Elsie's German Bakery for what she expects will be an easy interview. But Reba finds herself returning to the bakery again and again, anxious to find the heart of the story--a story that resonates with her own turbulent past. For Elsie, Reba's questions are a stinging reminder of that last bleak year of World War II. As the two women's lives become intertwined, both are forced to confront the uncomfortable truths of the past and to seek out the courage to forgive.

"A haunting and beautiful story." --J. Courtney Sullivan, author of Commencement and Maine

"Sensitive and multilayered, this is a moving examination of the effect war and the politics of exclusion have on the human heart." --Amanda Hodgkinson, New York Times bestselling author of 22 Britannia Road