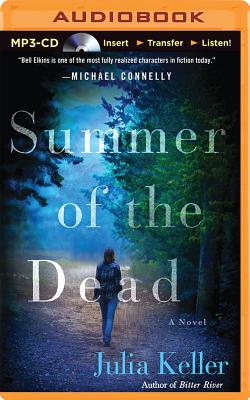 High summer in Acker's Gap, West Virginia--but no one's enjoying the rugged natural landscape. Not while a killer stalks the small town and its hard-luck inhabitants. County prosecutor Bell Elkins and Sheriff Nick Fogelsong are stymied by a murderer who seems to come and go like smoke on the mountain. At the same time, Bell must deal with the return from prison of her sister, Shirley--who, like Bell, carries the indelible scars of a savage past.

In Summer of the Dead, the third Julia Keller mystery chronicling the journey of Bell Elkins and her return to her Appalachian hometown, we also meet Lindy Crabtree--a coal miner's daughter with dark secrets of her own, secrets that threaten to explode into even more violence.

Acker's Gap is a place of loveliness and brutality, of isolation and fierce attachments--a place where the dead rub shoulders with the living, and demand their due.