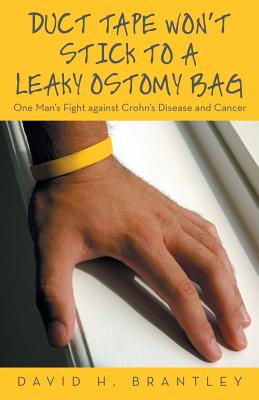 One Man's Fight against Crohn's Disease and Cancer

David H. Brantley's first serious challenge came when his doctor told him it would be a miracle if he survived another six months. Crohn's disease was simply taking too heavy a toll on his system.

Thirty years later, another doctor told him that he'd have to open him up for surgery to determine the severity of his colorectal cancer. Even though it was worse than the doctor imagined, Brantley persevered.

In this inspiring account about fighting Crohn's and cancer, Brantley looks back at the big dreams he had growing up, including becoming a successful actor and writer--and celebrates what he actually became best at--beating the odds.

Through the Crohn's and cancer, he's kept fighting and learned that living out one's dreams is not nearly as important as dreaming to live. Of course, he's made the journey easier by playing some Broadway tunes in the background.

If you're struggling to overcome an obstacle that seems impossible, you'll be inspired to keep fighting by joining Brantley as he looks back at a lifelong struggle and the lessons he's learned in Duct Tape Won't Stick to a Leaky Ostomy Bag.