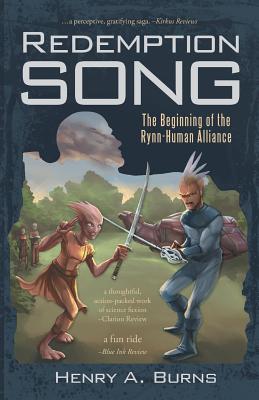 The Beginning of the Rynn-Human Alliance

A child of wealth and privilege, Small Snow Flower is a member of a highly intelligent spacefaring species called the Rynn. Although she is young and untested, she is given a trading ship to command by her father. But just months into her first voyage there is a mutiny, and Small Snow Flower finds herself marooned on a primitive planet, believing she will die alone.

Jeremy Blunt is a bitter old man. For fifty years, hes mourned the death of his wife, cutting himself off from the world and living alone in a forest cabin, believing he will die alone.

But fate has other plans. It brings together these two lonely people in spite of their differencesage, experience, and species. Slowly but surely, the alien girl and the elderly human man find ways to work together. They must find the strength to change their destinies and those of their respective home worlds. This is the beginning of the Rynn-Human alliance.

In a story of fate, second chances, and redemption, an unlikely partnership forms between a young alien and an old human widower that will change the future of both their races.

Henry A. Burns was born in Brooklyn, New York, and spent his formative years in Long Island. Hes mostly gotten over it. He has worked as a musician, competitive ballroom dancer, banker, and a software quality assurance engineer. He has written a number of books and was at one time a popular fanfiction writer, but this is his first published novel. He currently lives with his wife in San Francisco, California.
Loading...
or support indie stores by buying on