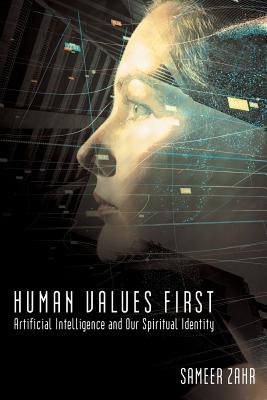 Artificial Intelligence and Our Spiritual Identity

Before Howard retires as a successful factory owner, he fires close to a hundred men from one of his factories, replacing them with robots to improve profitability. But when one of his former workers commits suicide, Howard soon finds himself mired in guilt.

After a long, hard thought, he elects not only to try to help those his actions have hurt but also to take steps toward understanding how artificial intelligence is changing the way humanity operates. He brings together a team of authorities in the field for debate and dialogue, exploring the question of how to uphold the priority of human values in the face of rapid technological achievement. As he works with them to look deeper into the subject and consider new courses of action, Howard discovers this study to be a worthwhile pursuit in his twilight years. After all, just how much does the average person know about the pros and cons of artificial intelligence and its future impact on our daily lives and moral values?

In this novel, an accomplished retired businessman gathers a group of experts in order to explore the philosophical and moral implications of artificial intelligence.

He had a successful career as an international businessman. He is retired, but healthy, and wants to remain active in a completely different way. He chooses to tackle the enigma behind Artificial Intelligence and its potential impact on Spiritual Values. He is generous and highly intellectual, wanting to help humanity as his main legacy.
Loading...
or support indie stores by buying on