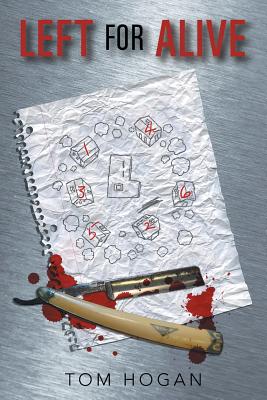 Northern California in the early 70's. An investigative reporter is on the trail of radical attorney Donna Fairchild, who hasn't been seen for three years. In the course of her investigation, she discovers a group of ex-cons and political refugees (including Fairchild) living in an abandoned lumber camp.

As the investigation broadens, a number of questions emerge about the ex-cons and their mysterious leader. Why do the police interview him after every local rape? What is his relationship to Fairchild--and to the Vasquez murder? Where did he get the money to buy the camp and much of the mountain? And where does he disappear to every six months, returning battered and bloodied?

The group includes The Gimp, the wheelchair-bound owner of the local bar and unofficial mayor of the mountain; Lucky, who doesn't have an honest bone in his body; William, a blackballed professor; Clark, who no one has ever heard speak; Alexis, the stockbroker turned cabbie; and Josh, the mysterious figure at the center of it all.

A series of rapes and murders--past and present--bind this group together. As these assaults increase in severity and number, the mysteries surrounding Josh and the group are resolved in a shocking, violent finale.

Tom Hogan lives in Austin, Texas, with his wife and two daughters. His professional life has ranged from being a university lecturer in Holocaust and Genocide Studies to technology marketing. He is the co-founder of Crowded Ocean, a Silicon Valley marketing firm that has launched over fifty startups and is the co-author of The Ultimate Startup Guide.
Loading...
or support indie stores by buying on