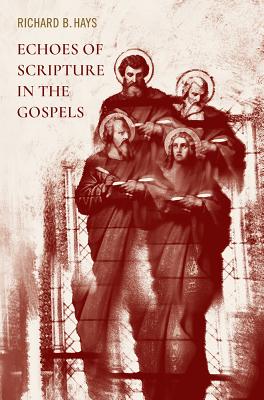 Echoes of Scripture in the Gospels

The claim that the events of Jesus' life, death, and resurrection took place according to the Scriptures stands at the heart of the New Testament's message. All four canonical Gospels declare that the Torah and the Prophets and the Psalms mysteriously prefigure Jesus. The author of the Fourth Gospel states this claim succinctly: in his narrative, Jesus declares, If you believed Moses, you would believe me, for he wrote about me (John 5:46). Yet modern historical criticism characteristically judges that the New Testament's christological readings of Israel's Scripture misrepresent the original sense of the texts; this judgment forces fundamental questions to be asked: Why do the Gospel writers read the Scriptures in such surprising ways? Are their readings intelligible as coherent or persuasive interpretations of the Scriptures? Does Christian faith require the illegitimate theft of someone else's sacred texts?

Echoes of Scripture in the Gospels answers these questions. Richard B. Hays chronicles the dramatically different ways the four Gospel writers interpreted Israel's Scripture and reveals that their readings were as complementary as they were faithful. In this long-awaited sequel to his Echoes of Scripture in the Letters of Paul, Hays highlights the theological consequences of the Gospel writers' distinctive hermeneutical approaches and asks what it might mean for contemporary readers to attempt to read Scripture through the eyes of the Evangelists. In particular, Hays carefully describes the Evangelists' practice of figural reading--an imaginative and retrospective move that creates narrative continuity and wholeness. He shows how each Gospel artfully uses scriptural echoes to re-narrate Israel's story, to assert that Jesus is the embodiment of Israel's God, and to prod the church in its vocation to engage the pagan world. Hays shows how the Evangelists summon readers to a conversion of their imagination. The Evangelists' use of scriptural echo beckons readers to believe the extraordinary: that Jesus was Israel's Messiah, that Jesus is Israel's God, and that contemporary believers are still on mission. The Evangelists, according to Hays, are training our scriptural senses, calling readers to be better scriptural people by being better scriptural poets.--J rg Frey, Chair of New Testament Studies, University of Z rich "Novum Testamentum.

Richard B. Hays, George Washington Ivey Professor of New Testament at Duke Divinity School, is internationally recognized for his work on the letters of Paul and on New Testament ethics. His scholarship has bridged the disciplines of biblical criticism and literary studies, exploring the innovative ways in which early Christian writers interpreted Israel's Scripture. His works include Echoes of Scripture in the Letters of Paul (Yale University Press, 1989), The Conversion of the Imagination: Paul as Interpreter of Israel's Scripture (Eerdmans, 2005), and Reading Backwards: Figural Christology and the Fourfold Gospel Witness (Baylor University Press, 2014).
Loading...
or
Not Currently Available for Direct Purchase