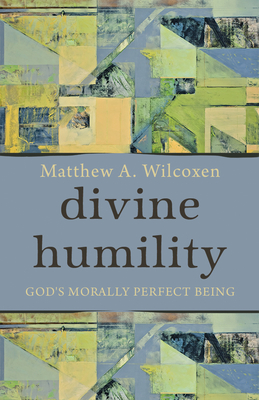 By Matthew A. Wilcoxen

God is all-powerful. God is all-knowing. God is ever-present. But is God humble?

Though the answer may seem obvious, humility is rarely identified as one of God's attributes. Christianity has traditionally emphasized an array of divine attributes centering around omnipotence. In Divine Humility, Matthew Wilcoxen attempts to supplement traditional study of the godhead by focusing on God's humility.

Wilcoxen first examines how to refer properly to God's being. Contending with those who say that human concepts cannot communicate God's being at all, Wilcoxen articulates an account of theological concepts that holds together simultaneously both God's objectivity--that he is for us--and God's subjectivity--that he remains yet totally free. Wilcoxen argues that the concept best positioned to achieve this objective is humility, which, in the Christian tradition, has been considered the paragon of virtues and should thus fittingly be attributed to God's character.

Wilcoxen next explores divine humility through the work of three different theologians--Augustine, Karl Barth, and Katherine Sonderegger. Augustine, Wilcoxen argues, ascribes humility to God in a tantalizing way, but fails to explain further its doctrinal implications. Karl Barth articulates a more developed doctrine of divine humility by linking God's divine being to his redemptive work. But Barth's account ultimately suffers because it flatly equates humility with obedience and divides the divine will into the separate entities of the Father and the Son. It is the recent work of Katherine Sonderegger that best articulates an account of divine humility that carries forward Augustine's mantle and overcomes the problems in Barth's account. By connecting God's humility to divine energy, Sonderegger shows how God can be near to creation without overwhelming it.

Ultimately, Wilcoxen contends that humility's importance as a divine attribute indicates that it should be fully considered in any Christian doctrine of God. Divine Humility serves as an important reminder to Christians that God, as powerful as He is, is also a God of great magnanimity and love.

Matthew A. Wilcoxen, Ph.D., is an Anglican priest and systematic theologian. He is the Associate Rector at Church of the Resurrection in Washington, D.C., and the founder of The Augustine Center in Georgetown.
or support indie stores by buying on
Copyright © 2020 American Booksellers Association