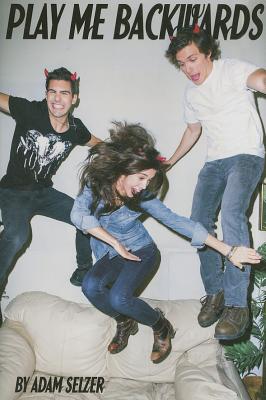 A committed slacker enlists the help of his best friend (who may or may not be the devil) to get his act together in this novel filled with humor, awkwardness, and honesty, ideal for fans of The Perks of Being a Wallflower.

Leon Harris isn’t exceptional and he isn’t popular. He’s the kind of guy that peaked in middle school, when once upon a time he was in the “gifted” program and on the fast track to Ivy League glory.

Now, a high school senior, he’s a complete slacker who spends his time hanging out in a third-rate ice cream parlor with his best friend, Stan, a guy who (jokingly, Leon thinks) claims to be Satan. Committed to his sloth, Leon panics when he finds out that Anna, the love of his life aka middle school girlfriend, might be moving back to town.

Determined to get his act together, Leon asks Stan for help. Stan gives him a few seemingly random and mysterious assignments. Date a popular girl. Listen to Moby-Dick, the audiobook. Find the elusive white grape slushee. Join the yearbook committee.

As each task brings Leon one step away from slacker city and one step closer to Anna, he starts to wonder if maybe he shouldn’t have promised Stan his soul after all…

Praise For Play Me Backwards…

"It’s a mordantly funny story of a teenager bumbling headlong into love and sex while caught in high-school limbo, waiting for life to kick into gear."
— Publishers Weekly

* "This coming-of-age story is hilariously subversive but also tender and poignant as Leon learns to have faith in himself again. The humor is, by turns, tasteless, clever, and cringe-worthy. This will be just the right book for those senior high students who love Seth McFarlane.... It is not a book for everyone, but those who can appreciate it are rewarded with a fun and satisfying experience."
— VOYA Reviews, STARRED review