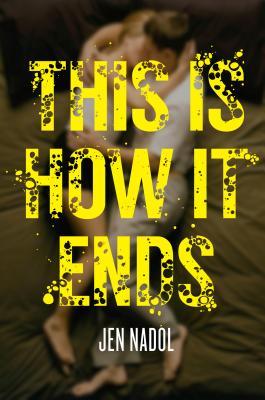 This Is How It Ends (Paperback)

If you could see the future, would you want to? After the disturbing visions Riley and his friends see turn out to be more than hallucinations, fate takes a dangerous twist in this dark and suspenseful page-turner.

Riley and his friends are gearing up for their senior year by spending one last night hanging out in the woods, drinking a few beers, and playing Truth or Dare. But what starts out as a good time turns sinister when they find a mysterious pair of binoculars. Those who dare to look through them see strange visions, which they brush off as hallucinations. Why else would Riley see himself in bed with his best friend’s girlfriend—a girl he’s had a secret crush on for years?

In the weeks that follow, the visions begin to come true...including a gruesome murder. One of Riley’s closest friends is now the prime suspect. But who is the murderer? Have Riley and his friends really seen the future through those mysterious binoculars? And what if they are powerless to change the course of events?

Jen Nadol is the author of two YA paranormal romance novels, The Mark and The Vision. She has a BA in literature from American University and currently lives in a 150-year-old farmhouse in Westchester County, New York, with her husband and three young sons. Visit her at JenNadolBooks.com.
or
Not Currently Available for Direct Purchase
Copyright © 2020 American Booksellers Association