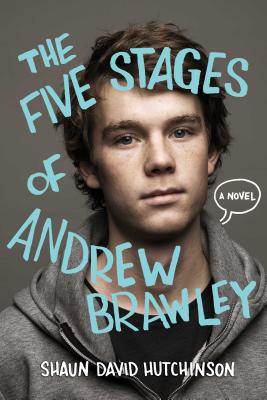 A heartbreaking yet uplifting story of grief about a boy who has lost everything, but finds new hope drawing in the shadows of a hospital. Features a thirty-two-page graphic novel.

Then, one night, Rusty is wheeled into the ER, half his body burned by hateful classmates. Rusty’s agony calls out to Drew like a beacon, pulling them both together though all their pain and grief. In Rusty, Drew sees hope, happiness, and a future for both of them. A future outside of the hospital, and away from their pasts.

But to save Rusty, Drew will have to confront Death, and life will have to get worse before it gets better. And by telling the truth about who he really is, Drew risks destroying any chance of a future.