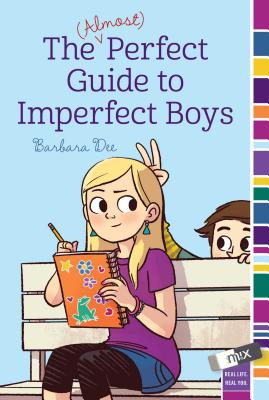 In Finley’s middle school, kissing frogs might lead to princes—if there were any frogs! Categorizing classmates leads to a battle of the sexes in this M!X novel from the author of Just Another Day in My Insanely Real Life.

According to Finley and her BFF, Maya, middle school boys can be put into three separate categories: tadpoles, croakers, and frogs. Per their official Life Cycle of Amphibian Boys, while tadpoles are totally not developed yet (read: boys who still love fart jokes and can’t have a normal conversation with girls without making fun of them), a frog is the top of the boy food chain—evolved and mature. Sadly, not many boys have reached that elusive frog status at Staunton Middle School.

Finley thought she had everyone pegged, until Zachary Mattison enters the picture. After suddenly leaving the year before, Zachary’s surprise reappearance at SMS forces Finley to see him in a new light. And when the official life cycle list falls into the wrong hands, it causes a battle between the boys and girls that turns into an all-out war—one that Finley isn’t sure anyone can really win...