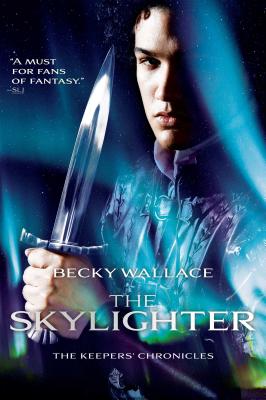 The Skylighter (The Keepers' Chronicles)

"A compelling, unique world with Portuguese-inspired echoes of Patrick Rothfuss’s The Name of the Wind(DAW, 2007), this series is a must for fans of fantasy."
— School Library Journal

"Rich in both emotion and action, The Skylighter is a thrilling and heartfelt fantasy that will keep readers frantic to turn page after page until the very end."
— VOYA

Becky Wallace grew up in house full of stories with people who loved them. Her parents, both school teachers, only took her books away when it was very late at night—and usually pretended not to notice when she read by flashlight. She wrote and directed her first princess-related play in sixth grade, started her first “romance” novel in seventh, and penned a binder full of bad poetry in high school. She’s very grateful all those manuscripts have been lost. She graduated from Brigham Young University with a degree in Public Relations and worked in minor league baseball as a journalist and in sports marketing. She was lucky enough to find and marry a real-life prince charming. They have four little munchkins and are living out their own happily-ever-after in Houston, Texas.
Loading...
or support indie stores by buying on
(This book is on backorder)