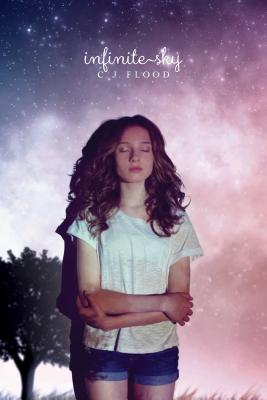 True love is never lost—but how much loss can it endure? Iris confronts the complexities of family and prejudice in this exquisite and searing debut novel whose “understated, gently embellished prose cuts to the bone” (Booklist, starred review).

Just two months after her mother abandons her family, leaving her gruff, introverted father to raise two children alone, Iris watches a family of gypsies set up an illegal camp in the paddock by her house. The gypsy boy, Trick, is restless and warm and full of life—he’ll settle when he’s in his grave, he tells Iris—and she feels as though she understands him completely.

Yet even as Iris’s secret friendship with Trick blooms into something more, tensions run high between their families. Iris’s father is bent on evicting the travelers, and her beloved brother Sam is impulsive, lost, and headed for trouble. But Trick might not be everything he seems, and as Iris struggles to find where her loyalties lie, all of the prejudice, vulnerability, and anger that surrounds her collides in an unspeakable tragedy.

Like love, and like sorrow, the blue summer sky is infinite in this coming-of-age story that is both breathtaking and heartbreaking.

C.J. Flood, also known as Chelsey Flood, graduated from the University of East Anglia in 2010 with an MA in creative writing. She has won several prizes and awards for her writing, including the Curtis Brown Award, and also received funding from the Arts Council to complete Infinite Sky. She blogs as a member of the Lucky 13s and at CJFlood.blogspot.co.uk, and tweets as @cjflood_author. Infinite Sky is her debut novel and she is currently working on her next book in Bristol.

* "Flood's debut novel is a slow burn. Its beauty, like that of the book's rural England setting, grows on you, building with every scene. At first, it's prosaic like a sunny summer day, but as the pages flit by, it becomes as profound and tragically brutal as nature itself. Thirteen-year-old Iris has a lot to deal with as summer commences. . . . In an impressively realized, matter-of-fact first-person narration, Flood fully inhabits Iris. . . . Whether she is describing the near silence of the countryside, a stifling conversation with a classmate's nosy mother, or an argument that explodes into violence, Flood's understated, gently embellished prose cuts to the bone."
— Booklist, March 2014, *STARRED REVIEW*

"Tragedy emerges from the commonplace miseries of everyday life in this evocative mood piece. . . . Readers who don't need endings tied up with tight little bows will find much to think about here."
— Kirkus Reviews, April 2014

"Iris is forced to confront the confusing intersection of love, loyalty, and culpability. Told in the first person, this is a moving story of a young English girl’s coming-of-age."
— School Library Journal, April 2014

"Iris and Trick and their families are all sympathetically portrayed in this debut novel that skillfully balances moments of introspection and action, loyalty and betrayal, and, most indelibly, happiness and heartbreak."
— Horn Book Magazine, May/June 2014
or
Buy Here
Copyright © 2020 American Booksellers Association