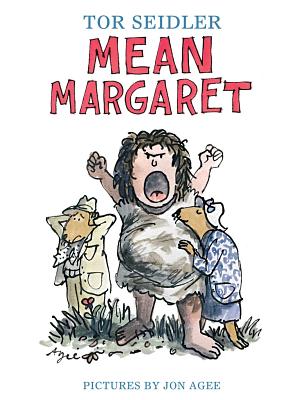 Unconditional kindness is the key in this National Book Award Finalist from the author of The Wainscott Weasel about nontraditional families, adoption, love—and a little peace and quiet.

Margaret is a mean, cranky human toddler from a family of nine. She is such a pain that her beleaguered parents chuck her out, and she’s on her own, grousing and grumping until two caring woodchucks, Phoebe and Fred, take Margaret in as their own. But despite their love, Margaret continues to wreak havoc with her loud, destructive ways, ruining the burrow and shrieking nonstop. Soon the woodchucks are as beleaguered as Margaret’s human parents were, but because love is more powerful than temper tantrums, they are determined to make it work. So they enlist a little unconventional help, and with the guidance of a snake, bats, and a skunk, their feral little human just might realize there’s more to life than being mean.

"Tor Seidler writes in the great tradition of Kenneth Grahme, Walter R. Brooks, and E.B. White, creating worlds where friendship matters, animals talk, and little girls who listen - even ones as mean as Margaret - can learn a life-changing lot about loving kindness."
— ALA Booklist, STARRED REVIEW

"Chock-full of hilarious episodes taht will have middle graders rolling in the stacks, this is an ideal choice for booktalking."
— School Library Journal, STARRED REVIEW

Tor Seidler is the critically acclaimed and bestselling author of more than a dozen children’s books, including Firstborn, The Wainscott Weasel, A Rat’s Tale, The Steadfast Tin Soldier, Gully’s Travels, and most notably Mean Margaret, which was a National Book Award Finalist. He lives in New York, New York.

Jon Agee is the illustrator of a large collection of children’s picture books, such as Little Santa, The Other Side of Town, Nothing, and most notably the National Book Award–nominated Mean Margaret. He lives in San Francisco with his wife.
Loading...
or
Not Currently Available for Direct Purchase