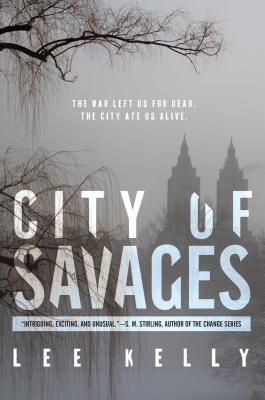 “Red Dawn meets Escape from New York and The Hunger Games” (Booklist) in an action-packed dystopian fantasy filled with “prose [that] is gorgeous and brilliant” and “tells a satisfyingly dark tale through alternating the two sisters’ points of view” (VOYA, starred review).

It’s been nearly two decades since the Red Allies first attacked New York, and Manhattan is now a prisoner-of-war camp, ruled by Rolladin and her brutal, impulsive warlords. For Skyler Miller, Manhattan is a cage that keeps her from the world beyond the city’s borders. But for Sky’s younger sister, Phee, the POW camp is a dangerous playground of possibility, and the only home she’d ever want.

When Sky and Phee discover their mom’s hidden journal from the war’s outbreak, they both realize there’s more to Manhattan—and their mother—than either of them had ever imagined. And after a group of strangers arrives at the annual POW census, the girls begin to uncover the island’s long-kept secrets. The strangers hail from England, a country supposedly destroyed by the Red Allies, and Rolladin’s lies about Manhattan’s captivity begin to unravel.

Hungry for the truth, the sisters set a series of events in motion that end in the death of one of Rolladin’s guards. Now they’re outlaws, forced to join the strange Englishmen on an escape mission through Manhattan. Their flight takes them into subways haunted by cannibals, into the arms of a sadistic cult in the city’s Meatpacking District and, through the pages of their mom’s old journal, into the island’s dark and shocking past.

Praise For City of Savages…

* "Kelly’s prose is gorgeous and brilliant as she seamlessly tells a satisfyingly dark tale through alternating the sisters’ points of view. The two voices of the strong female leads are perfect for showcasing the story of human nature, self-preservation, and the strength of the familial bond. The surprising plot layers will keep readers invested through every twist and turn until the last page. Very dark and violent in places, the story is extremely intense but keeps the shining bond of the two sisters in the forefront. This is one of the best and most original dystopian stories available…an absolute must-have.”
— VOYA, starred review

"There are plenty of heart-pounding moments in Kelly’s debut, and an abundance of vividly imagined details bring post-apocalyptic New York City to searing life."
— Publishers Weekly

Lee Kelly is the author of A Criminal Magic and City of Savages. She has wanted to write since she was old enough to hold a pencil, but it wasn’t until she began studying for the California Bar Exam that she conveniently started putting pen to paper. An entertainment lawyer by trade, lee has practiced in Los Angeles and New York. She lives with her husband and son in Millburn, New Jersey. Follow her on at @LeeYKelly and on her website at NewWriteCity.com.
Loading...
or
Not Currently Available for Direct Purchase