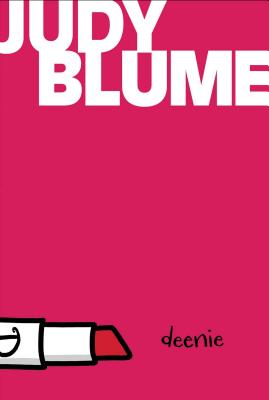 Deenie’s mother wants her to be a model, with her face on magazine covers—maybe even in the movies—but Deenie wants to spend Saturdays with her friends Janet and Midge, tracking Harvey Grabowsky, the captain of the football team, around Woolworth’s. She wants to be a cheerleader, too, and go to the seventh-grade mixer to hear Buddy Brader play his drums.

Instead, Deenie is diagnosed with scoliosis. And that means body stockings to squeeze into, a roomful of strangers to face, and a terrifying brace that she’ll need to wear for years that goes from her neck to her hips. Suddenly Deenie has to cope with a kind of specialness that’s frightening—and might be hers forever.

Judy Blume, one of America’s most popular authors, is the recipient of the 2004 National Book Foundation Medal for Distinguished Contribution to American Letters. She is the #1 New York Times bestselling author of beloved books for young people, including Are You There God? It’s Me, Margaret (which celebrates fifty years in 2020), and novels for adult readers, including Wifey, Summer Sisters, and In the Unlikely Event. Her work has been translated into thirty-two languages.Visit Judy at JudyBlume.com or follow her on Twitter at @JudyBlume.
or support indie stores by buying on