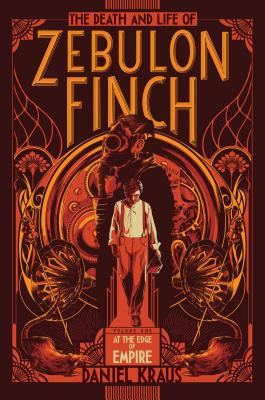 Daniel Kraus is the New York Times bestselling author of more than a dozen novels and graphic novels. He coauthored The Living Dead with legendary filmmaker George A. Romero. With Guillermo del Toro, he coauthored The Shape of Water, based on the same idea the two created for the Oscar-winning film. Also with del Toro, Kraus coauthored Trollhunters, which was adapted into the Emmy-winning Netflix series. He has won two Odyssey Awards (for Rotters and Scowler), and The Death and Life of Zebulon Finch was named one of Entertainment Weekly’s Top 10 Books of the Year. His books have been Library Guild selections, YALSA Best Fiction for Young Adults picks, Bram Stoker finalists, and more. His work has been translated into over twenty-five languages. Daniel lives with his wife in Chicago. Visit him at DanielKraus.com.
Loading...
or
Not Currently Available for Direct Purchase