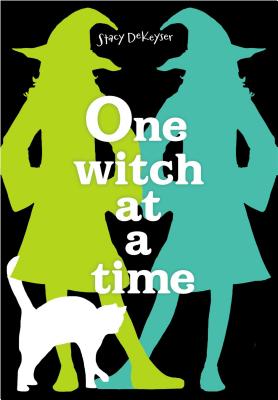 One Witch at a Time

Magic beans quickly lead to danger in this standalone companion to The Brixen Witch, which Kirkus Reviews called “fresh and satisfying” in a starred review.

When Rudi Bauer sets out for town one morning, he never dreams that Susanna Louisa will sell his family’s cow—for magic beans, no less! But that’s exactly what she does, and the consequences will be disastrous unless Rudi can return the magic beans to their rightful owner, the evil witch of Petz.

The journey to Petz is long and hard, but Rudi and Susanna Louisa soon find a shortcut: a magically sprouted beanstalk leads them straight there...and straight into danger. Because the evil witch of Petz is really a terrible giant who has locked away summer and keeps his kingdom a frozen wasteland. And in order to defeat him, Rudi is going to need a little magic of his own.

Praise For One Witch at a Time…

"The characters are awfully likable, and this tale is set so believably in a traditional Alpine world that it's easy to go along with the make-believe. A satisfying, stand-alone sequel that will certainly send readers back to read The Brixen Witch."
— Kirkus Reviews

"A nice addition for collections where fairy tale retellings are popular."
— Booklist

"An original and heartfelt novel that, while atmospheric, remains enjoyably untethered to specific time and place. Effectively coupling quiet reflection and suspenseful action, this well-paced story and its cast of believable characters—from the admirable Rudi to the pesky Susanna Louisa to the strong-willed Agatha—might just work magic as a classroom readaloud."
— BCCB

"DeKeyser’s confident voice makes it easy to go along with her as she modifies and complicates the details of a familiar tale.".
— The Horn Book

Stacy DeKeyser is the author of The Brixen Witch, which received two starred reviews and was a Chicago Public Library Best of the Best Pick, and its sequel, One Witch at a Time, as well as the young adult novel Jump the Cracks and two nonfiction books for young readers. She lives in Connecticut with her family. To learn more, visit her online at StacyDeKeyser.com.
Loading...
or
Not Currently Available for Direct Purchase