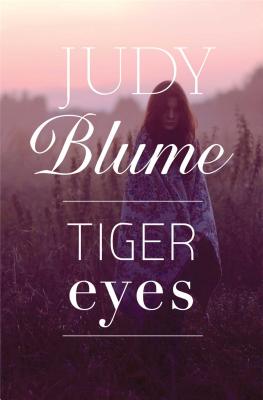 What does it take to recover from tragedy? This masterful Judy Blume novel has a fresh new look.

Davey Wexler has never felt so alone. Her father has just been killed—shot in a holdup at the 7-Eleven near their home. And now her mother has transplanted her and her little brother, Jason, to Los Alamos, New Mexico, to stay with family and recover.

But Davey is withdrawn, full of rage and fear and loneliness. Then one day, while exploring a canyon, she meets an older boy who calls himself Wolf. Wolf is the only one who understands her—the only one who can read her sad eyes. And he is the one who helps her realize that she must find a way to move forward with her life.

Davey is one of Judy Blume’s most hauntingly true human beings, capturing the deep ways a person can change that can’t be seen—only felt. Her story has been felt, deeply, by readers for decades.

Judy Blume, one of America’s most popular authors, is the recipient of the 2004 National Book Foundation Medal for Distinguished Contribution to American Letters. She is the #1 New York Times bestselling author of beloved books for young people, including Are You There God? It’s Me, Margaret (which celebrates fifty years in 2020), and novels for adult readers, including Wifey, Summer Sisters, and In the Unlikely Event. Her work has been translated into thirty-two languages.Visit Judy at JudyBlume.com or follow her on Twitter at @JudyBlume.
or
Not Currently Available for Direct Purchase
Copyright © 2020 American Booksellers Association