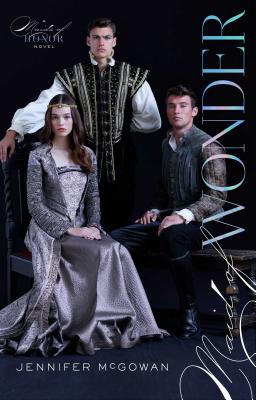 Maid of Wonder (Maids of Honor)

Sophia must master her psychic ability if she is to save the life of Queen Elizabeth and her fellow maids from a dark prophecy, in this third book of the Maids of Honor series

Sophia Dee, the most unusual spy of Queen Elizabeth’s Maids of Honor, has run out of time for her psychic skills to fully manifest. A terrible new prophecy haunts Windsor Castle, and the Queen demands answers before the next doomed soul dies.

Thrust into a dangerous and horrifying competition to solve the deadly prediction, Sophia finds herself pitted against the most celebrated mystics of Europe: John Dee, her devious uncle and the Queen’s personal astrologer, and Nostradamus, the renowned prophet-seer of France.

In a court where whispers of witchcraft, poisonous plots, and grim assassins threaten her at every turn, Sophia needs answers fast. But does she dare trust Marcus Quinn, her uncle’s striking and overambitious assistant? Or, instead, should she turn to the tortured dark angel of the spirit realm, who whispers to her only of sorrow and death?

As new dangers surface and the dire prophecy sweeps toward its final victim, the five Maids of Honor prepare to do battle. Only then will the girl who so often sees the future finally discover if she can save the Crown—and herself.

Praise For Maid of Wonder (Maids of Honor)…

"McGowan has created another...authentic, fast-paced page-turner that will appeal to both teen and adult readers. For readers who like their historical romance with a touch of second sight."
— Kirkus Reviews

"Sophia’s engaging narrative adds a measure of sixteenth-century mysticism to the enticing blend of mystery, suspense, and romance that readers enjoy in the Maids of Honor series."
— Booklist