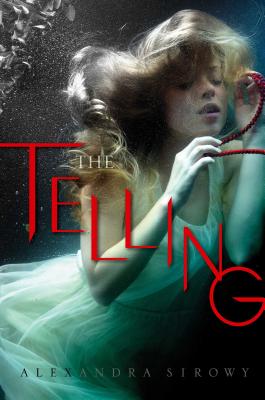 A chilling new novel about a girl who must delve into her past if she wants to live long enough to have a future when a series of murders that are eerily similar to the dark stories her brother used to tell start happening in her hometown.

Lana used to know what was real. That was before, when her life was small and quiet. Her golden stepbrother, Ben was alive. She could only dream about bonfiring with the populars. Their wooded island home was idyllic, she could tell truth from lies, and Ben’s childhood stories were firmly in her imagination.

After has Lana boldly kissing her crush, jumping into the water from too high up, living with nerve and mischief. But after also has horrors, deaths that only make sense in fairy tales, and terrors from a past Lana thought long forgotten. Love, blood, and murder.

Praise For The Telling…

"Lana’s got a steely edge to her narration, even in her most vulnerable moments, and her confident determination that she’s going to figure out what is going on may inspire plenty of readers to follow her."
— BCCB

Alexandra Sirowy is the author of The Creeping and The Telling. She was born and raised in Northern California, where she attended a women’s college as an undergraduate and received her MA at the University of San Francisco. She is a voracious reader, the oldest of three children, an avid traveler, a record-holding high school long jumper, a gourmet cook, a feminist, and forever grateful to her parents for reading to her as a child. Alexandra lives in Northern California with her husband.
Loading...
or
Not Currently Available for Direct Purchase