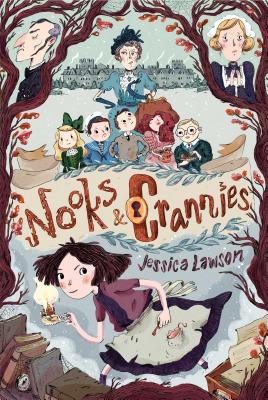 Charlie and the Chocolate Factory meets Clue when six children navigate a mansion full of secrets—and maybe money—in this humorous mystery with heart.

"Readers will delight in the unexpected twists and turns at every junction."
— Bookpage

“This marvelous mystery . . . has a most satisfying ending.”
— The Buffalo New

“[A] winning mystery novel”
— Bulletin of the Center for Children's Books

Jessica Lawson is the author of The Actual & Truthful Adventures of Becky Thatcher, a book that Publishers Weekly called “a delightfully clever debut” in a starred review, and Nooks & Crannies, a Junior Library Guild Selection and recipient of three starred reviews. She is also the author of Waiting for Augusta, Under the Bottle Bridge, and How to Save a Queendom. You can visit her at JessicaLawsonBooks.com.
Loading...
or
Not Currently Available for Direct Purchase