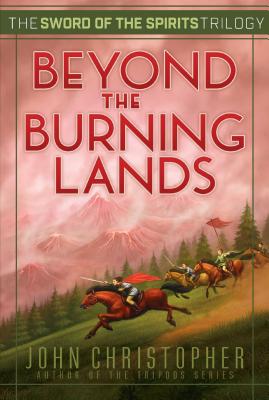 Beyond the Burning Lands (Sword of the Spirits #2) (Paperback)

Luke encounters rage, treachery, and revenge in the second book in the post-apocalyptic Sword of the Spirits trilogy from the author of The Tripods series.

As the Prince in Waiting, Luke has been protected by the High Seers since his father’s murder and his half-brother’s ascension to the throne of Winchester. But after hiding for months in the underground Sanctuary, Luke discovers a shocking secret: in a world where mechanical devices have been forbidden, the Seers themselves are secret technologists.

Now restless, Luke seizes the chance to explore the world around him. His quest leads him to unimaginable dangers and unexpected delights...but the most dangerous part of his journey awaits him at home.

John Christopher was the pseudonym of Samuel Youd, who was born in Lancashire, England, in 1922. He was the author of more than fifty novels and novellas, as well as numerous short stories. His most famous books include The Death of Grass, the Tripods trilogy, The Lotus Caves, and The Guardians.
or
Not Currently Available for Direct Purchase
Copyright © 2020 American Booksellers Association