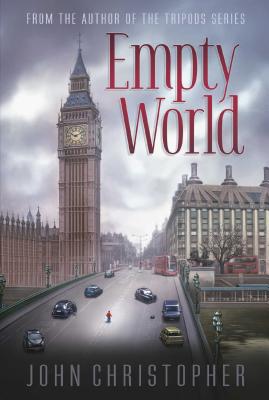 When Neil survives a deadly plague and plunges into solitude, he must question everything in this gripping adventure from critically acclaimed Tripods author John Christopher.

Neil’s world is shattered when he and his family are involved in a horrible car accident that leaves him an orphan. He is sent to live in a small village with his grandparents, whom he loves but doesn’t really know.

Soon, a devastating illness, the Calcutta Plague, begins making the headlines. After killing thousands of people in India in just a few months, the disease begins to spread much farther, quickly sweeping across the world and eventually settling in the same village where Neil resides. The sickness is a strange one, affecting only the adults and none of the children, and soon Neil finds himself an orphan once more.

Alone, Neil travels to London in search of other survivors of the plague. There he finds a strange world of fear and suspicion, where friends can be enemies and people will do anything to survive. In this time of strife, amid the excitement and loneliness of his solitude, can Neil find a way to focus on what matters most?

John Christopher was the pseudonym of Samuel Youd, who was born in Lancashire, England, in 1922. He was the author of more than fifty novels and novellas, as well as numerous short stories. His most famous books include The Death of Grass, the Tripods trilogy, The Lotus Caves, and The Guardians.
or
Not Currently Available for Direct Purchase