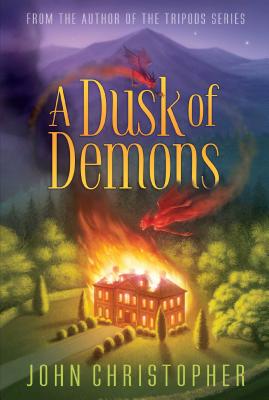 A Dusk of Demons

Ben must uncover the secrets of his home, the strange demons that lurk in dark corners, and his destiny as the Master of Old Isle in this adventure from the author of the Tripods series.

Ben lives a carefree life on Old Isle, far away from horrible demons that terrorize the people on the mainland. He shares his home with Mother Ryan, Antonia, Paddy, and the Master. They’re not his real family, but they’re the only family he’s ever known.

Then, in a single day, Ben’s quiet existence is turned upside down. After the Master dies and reveals a startling connection, Ben becomes the new Master of Old Isle. And when demons burn his house to the ground and his family leaves their home, Ben is forced to stay behind.

Soon Ben manages to escape and begin a journey across the sea and the countryside to learn the secrets of his heritage. But he is being pursued by people who wish to use his power for their own selfish purposes, and time is running short for him to make things rights.

John Christopher was the pseudonym of Samuel Youd, who was born in Lancashire, England, in 1922. He was the author of more than fifty novels and novellas, as well as numerous short stories. His most famous books include The Death of Grass, the Tripods trilogy, The Lotus Caves, and The Guardians.
or
Not Currently Available for Direct Purchase