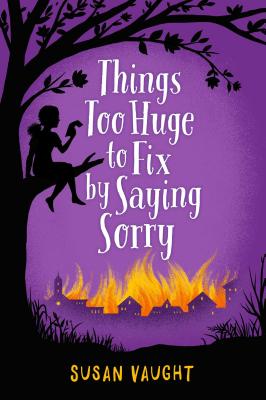 Susan Vaught is the two-time Edgar Award­–winning author of Footer Davis Probably Is Crazy and Me and Sam-Sam Handle the Apocalypse. Things Too Huge to Fix by Saying Sorry received three starred reviews, and Super Max and the Mystery of Thornwood’s Revenge was called “an excellent addition to middle grade shelves” by School Library Journal. Her debut picture book, Together We Grow, received four starred reviews and was called a “picture book worth owning and cherishing” by Kirkus Reviews. She works as a neuropsychologist at a state psychiatric facility and lives on a farm with her wife and son in rural western Kentucky. Learn more at SusanVaught.com.
Loading...
or
Not Currently Available for Direct Purchase