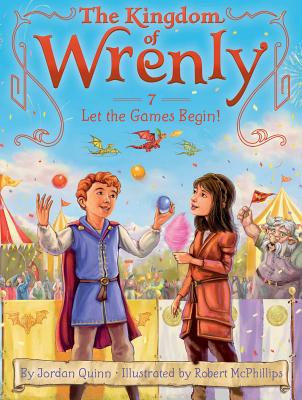 Let the Games Begin! (The Kingdom of Wrenly #7) (Paperback)

In this seventh chapter book in the fantastical Kingdom of Wrenly series, Clara sets out to prove that girls can be knights too.

The diverse subjects of Wrenly have traveled far and wide to participate in the kingdom’s Grand Tournament. Dragons will fly, trolls will juggle, and knights will duel. But when a snobby squire declares that girls can’t be knights, it’s time for Clara to prove that she can do anything she sets her mind to!