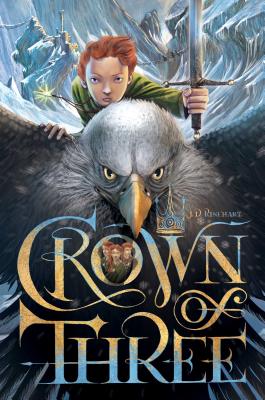 Separated at birth triplets, Tarlan, Elodie, and Gulph, have grown up knowing nothing about each other. However, an ancient prophecy says that the three will one day be reunited, overthrow the king, and bring peace to the land.

Each of the triplets has a special power that sets him or her apart from other people. Tarlan can speak to animals. Elodie can hear the voices of ghosts. And Gulph can become invisible. But what use are these abilities if they can’t stay alive long enough to claim the throne?

As three new stars shine in the nighttime sky, events are driving them together, but will the triplets live? Let alone rule?

J.D. Rinehart is a pseudonym for author Graham Edwards. When he’s not writing, he can be found exploring castles, watching films, or hiking through the countryside with Sir Galahad, his pet Great Dane. He loves falconry, and once raised a young falcon he found abandoned. He lives in Nottinghamshire, England.
Loading...
or support indie stores by buying on