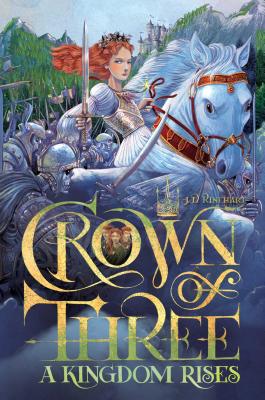 Family secrets combine with fantasy in this epic tale of battle, magic, strange creatures, power, and fate, in this final novel in a sweeping middle grade series that Publishers Weekly called “Game of Thrones on a mellow day.”

An ancient prophecy says that when three stars appear in the sky, triplets will take the throne and peace will come to the land. The stars have appeared, and the triplets are Gulph, Tarlan, and Elodie. But the prophecy appears to have failed.

Tarlan saw Gulph fall from a burning tower during a final confrontation with their undead father. There’s no way Gulph could have survived…even with his special abilities.

As for his sister, Elodie, Tarlan’s convinced that she’s a traitor who betrayed the rebellion and her family just so she could have the throne to herself.

With nothing left to believe in, Tarlan’s prepared to abandon both the cause and his pack of wild animals, and head north.

But appearances can be deceiving. And in a world of magic and deceit, mistaking lies for truth can be deadly.

J.D. Rinehart is a pseudonym for author Graham Edwards. When he’s not writing, he can be found exploring castles, watching films, or hiking through the countryside with Sir Galahad, his pet Great Dane. He loves falconry, and once raised a young falcon he found abandoned. He lives in Nottinghamshire, England.

Praise For A Kingdom Rises (Crown of Three #3)…

"In this action-packed debut, triplets born to an evil king are spirited away at birth so they will survive tofulfill the prophesy that they will overthrow their father and rule the kingdom. . . the ending races to a rousing finish in preparation for the sequel."
— Booklist on Crown of Three (Book 1)
or
Buy Here
(This book is on backorder)
Copyright © 2020 American Booksellers Association