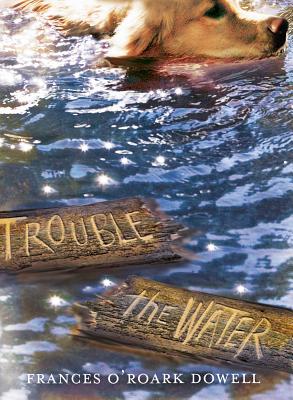 From the award-winning author of Dovey Coe comes a “powerful” (School Library Journal) tale of the friendship between a black girl and a white boy and the prejudices they must overcome in segregated Kentucky as they try to solve the mystery surrounding a lonely old dog.

Eleven-year-old Callie is fearless, stubborn, and a little nosy. So when she sees an old yellow dog wandering around town by itself, you can bet she’s going to figure out who he belongs to. But when her sleuthing leads her to cross paths with a white boy named Wendell who wants to help, the segregated town doesn’t take too kindly to their budding friendship.

Meanwhile, a nearly invisible boy named Jim is stuck in a cabin in the woods. He’s lost his dog, but can’t remember exactly when his pup’s disappeared. When his companion, a little boy named Thomas, who’s been invisible much longer than he, explains that they are ghosts, the two must figure out why they can’t seem to cross the river to the other side just yet…

And as Callie and Wendell’s search for the old dog brings them closer and closer to the cabin in the woods, the simmering prejudices of the townspeople boil over.

Praise For Trouble the Water…

In sleepy Celeste, KY, to “trouble the water” means to “stir the pot.” That’s something its residents never do, which is why blacks and whites live quietly—and separately—in one town. But it’s 1953, and trouble is inevitable when the new public swimming pool has a whites-only policy, and Cassie, who is black, and Wendell, who is white, strike up a friendship while following a mysterious old dog. The children know they’re not supposed to be seen together, but the dog leads them to an irresistible discovery: a dilapidated cabin with a ghostly presence tied to the town’s abolitionist history. The novel’s easy pace reflects the tempo of the rural, small-town setting. Dowell’s uncluttered prose beautifully evokes Celeste’s dusty streets and wooded paths. Dramatic, though without physical injuries or extreme violence, the climax hints at the conflicts yet to come in the struggle for civil rights. Cassie is a bright, courageous 11-year-old, unafraid to challenge convention: readers can see her growing influence on Wendell as he starts to question the status quo. Uniting the novel’s two narrative threads—the cabin’s ghosts and the unlikely friends—is the old dog, Buddy. VERDICT Patient readers will appreciate this quiet but powerful story about a time in American history when even the smallest ripple in the water could cause a stir.
— School Library Journal

It’s1953, and although race relations in the small town of Celeste, Ky., seemsmooth, tensions bubble below the surface. When an 11-year-old black girl,Callie Robinson, starts following a stray dog, she crosses paths with WendellCrow, a white boy her age who is looking for an abandoned cabin his father usedto visit. An uneasy friendship blossoms as they begin to search for Jim, a boywhose name is carved into the cabin and who Callie is sure has a connection tothe dog. Meanwhile Jim, a ghost who hasn’t yet realized that he’s dead, isunsure how he ended up in the cabin, which is also inhabited by another child’sghost whose past ties to the cabin’s history as part of the Underground Railroad.Dowell (Anybody Shining) shifts focus among these and other characters,sensitively examining the ways that injustices past and present take a toll oncommunities and individuals. The consequences of taking a stand against racistattitudes are portrayed with realistic complexity as Dowell builds to aconclusion that offers glimmers of hope without sugarcoating the persistence ofprejudice. Ages 9–13.
— Publishers Weekly

It's 1953 in Celeste,Kentucky, and 11-year-old Callie Robinson wants to report news for the localblack newspaper, the Advance. Wendell Crow is quite the opposite; the white boyspends his summer days by the river, hoping no one will notice him.When Calliegoes in search of a stray dog and Wendell tries to find an old cabin said to behidden in the woods, the two children inevitably cross paths and join forces.Both cabin and dog lead Callie and Wendell to learn about a white boy whodrowned in the river some years prior. The third-person narration alternatesits focus primarily between Callie and Wendell but also includes Mr. Renfrow, theAdvance's editor, and two ghosts: the drowned boy and an enslaved child whodied there heading north. The inclusion of the ghosts stresses the importanceof remembering the past, but unfortunately, they dilute the urgency of thepresent-day plot. Segregated Celeste's balance depends on not "troublingthe water," but Callie and Wendell's mystery plays out against Mr.Renfrow's call for the integration of the town swimming pool; both lead toviolence. Dowell writes a quiet story that largely relies on metaphor andindirection to guide its readers. Callie is limned with bold strokes: she isbrave, feisty, and determined. While Wendell too is drawn broadly—he oftendefaults to period-typical stereotyping about race and gender, but he also hasan intrinsic sense of fairness—he is given more of a character arc, asexpressed when Mr. Renfrow tells Callie that Wendell is only just learning whatit means to be "an eyewitness to injustice." The conclusion leavesCallie and Wendell's, and Celeste's, story unresolved.Readers who identify withWendell may feel a call to action; those who identify with Callie may just beexasperated at the inaction. (Historical fiction. 9-12)
— Kirkus Reviews

Life seems simple in Celeste, Kentucky, in 1953. Whites and blacks get along only because they leave each other alone, and strangers are noticed. An old yellow dog has shown up in town, and Callie, 11 and black, decides to find his owner, hoping to turn the story into an article for the local newspaper. She meets Wendell, a white boy her age, and the two discover an old cabin where, Callie knows, runaway slaves used to hide. Here the dog finds what he is looking for: the ghost of his former master, Jim, a boy who drowned several years earlier. With him is the ghost of Thomas, one of the runaway slaves. But as Callie’s investigation heats up, so does the anger of one of Wendell’s acquaintances, unhappy with the mixed-race friendship. While most novels of this era focus on integration and the violence of race relations, this novel—part historical fiction, part ghost story—has a gentler touch and could be used to springboard conversations about the time period. — Suanne Roush
— Booklist

Callie, Wendell, Jim and Thomasare four children in 1950s Celeste, Ky., who are linked by an old goldenretriever, and not much else. Plucky would-be newspaper reporter Callie is an11-year-old black girl itching for adventure but not finding much, until thatunfamiliar yellow dog starts hanging around town. Wendell is a white boy abouther age, burning with curiosity about an old cabin in the woods where hisfather used to play. Jim, who inhabits that cabin, is another white boy,mystified by his seeming invisibility and strange ability to pass throughwalls. He can't remember how long he's been like this--he doesn't feel dead--or why hegets such a sick feeling when he comes close to the Ohio River. Thomas, thespirit of a once-enslaved black boy who's been in the cabin even longer thanJim, is waiting for someone to "carry me across the river, so I can meetmy folks on the other side."

The stories of these four children wend their way toward each other like thepoison ivy-strewn paths through the woods surrounding the cabin. Despite herolder brother's question, "You know there ain't no ghosts, don'tyou?" Callie is sure the cabin must be haunted: "That place feltfunny. Felt cold and, well, occupied."Callie and Wendell work together to get to the root of the ever-expandingmystery about the cabin, the agitated yellow dog and a boy who drowned a longtime ago. Callie knows a part of the mystery that Wendell doesn't: that thecabin was used as a stop on the Underground Railroad during the Civil War.

The town of Celeste is not ready for a black girl and a white boy to walk downthe street together, let alone join forces, nor are they ready for an actionthe black newspaper is advocating--to integrate the local swimming pool.Because of the "uneasy peace between white and colored in Celeste,"people don't like to "trouble the water." The feeling of injustice isold news to Callie in this "mean old world," but Wendell is juststarting to wake up to the sting of it. As both characters ponder whetheranything can be done to make a difference, their viewpoints evolve.

Frances O'Roark Dowell (DoveyCoe; ChickenBoy; the Secret Language of Girls trilogy) has written a spooky,slow-burning, multi-layered novel, with lively and pitch-perfect dialoguereminiscent of Harper Lee's ToKill a Mockingbird. The unsettled spirits of Jim and Thomas overlapin the cabin, neither boy ready to cross the proverbial--and literal--river toallow their spirits finally to rest. They are only freed, ironically, by theactions of a town ignited by prejudice. Callie and Wendell--troubled spirits intheir own right--form a near-friendship based on what they can share, with acautious hope for a future without boundaries between black and white.

Frances O’Roark Dowell is the bestselling and critically acclaimed author of Dovey Coe, which won the Edgar Award and the William Allen White Award; Where I’d Like to Be; The Secret Language of Girls and its sequels The Kind of Friends We Used to Be and The Sound of Your Voice, Only Really Far Away; Chicken Boy; Shooting the Moon, which was awarded the Christopher Award; the Phineas L. MacGuire series; Falling In; The Second Life of Abigail Walker, which received three starred reviews; Anybody Shining; Ten Miles Past Normal; Trouble the Water; the Sam the Man series; The Class; How to Build a Story; and most recently, Hazard. She lives with her family in Durham, North Carolina. Connect with Frances online at FrancesDowell.com.
Loading...
or
Not Currently Available for Direct Purchase