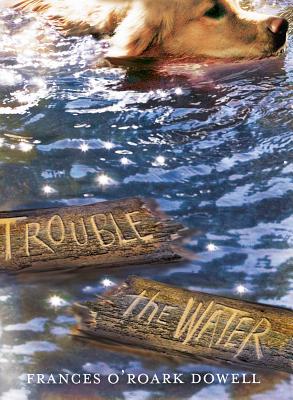 From the award-winning author of Dovey Coe comes a “powerful” (School Library Journal) tale of the friendship between a black girl and a white boy and the prejudices they must overcome in segregated Kentucky as they try to solve the mystery surrounding a lonely old dog.

Eleven-year-old Callie is fearless, stubborn, and a little nosy. So when she sees an old yellow dog wandering around town by itself, you can bet she’s going to figure out who he belongs to. But when her sleuthing leads her to cross paths with a white boy named Wendell who wants to help, the segregated town doesn’t take too kindly to their budding friendship.

Meanwhile, a nearly invisible boy named Jim is stuck in a cabin in the woods. He’s lost his dog, but can’t remember exactly when his pup’s disappeared. When his companion, a little boy named Thomas, who’s been invisible much longer than he, explains that they are ghosts, the two must figure out why they can’t seem to cross the river to the other side just yet…

And as Callie and Wendell’s search for the old dog brings them closer and closer to the cabin in the woods, the simmering prejudices of the townspeople boil over.