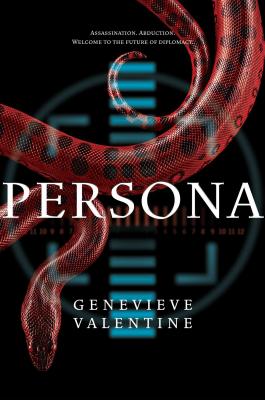 In a world where diplomacy has become celebrity, a young ambassador survives an assassination attempt and must join with an undercover paparazzo in a race to save her life, spin the story, and secure the future of her young country in this near-future political thriller from the acclaimed author of Mechanique and The Girls at Kingfisher Club.

When Suyana, Face of the United Amazonia Rainforest Confederation, is secretly meeting Ethan of the United States for a date that can solidify a relationship for the struggling UARC, the last thing she expected was an assassination attempt. Daniel, a teen runaway turned paparazzi out for his big break, witnesses the first shot hit Suyana, and before he can think about it, he jumps into the fray, telling himself it’s not altruism, it’s the scoop. Now Suyana and Daniel are on the run—and if they don’t keep one step ahead, they’ll lose it all.

"Blending celebrity and international diplomacy in a near-future Paris, Valentine crafts an intimate thriller that unmasks the players in the game."
— Publishers Weekly

Genevieve Valentine is the author of Persona and of the critically acclaimed novel Mechanique: A Tale of the Circus Tresaulti, which won the Crawford Award for Best novel, as well as a nomination for the Nebula Award and the Romantic Times Best Fantasy of the Year. Her short fiction has been nominated for a World Fantasy Award and the Shirley Jackson Award. She lives in New York City. Visit her at GenevieveValentine.com.
Loading...
or
Not Currently Available for Direct Purchase