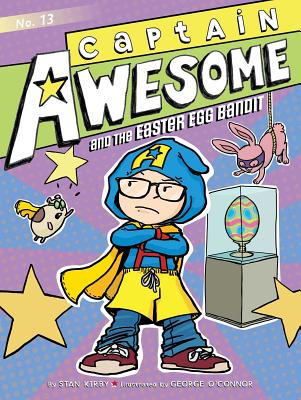 Eugene is eager to track down an Easter egg thief in the thirteenth adventure of Captain Awesome and the Sunnyview Superhero Squad!

To celebrate Easter, Eugene and his classmates decorate some eggs at school. Eugene’s is the most MI-TEE of all! But when he enters the classroom the next day—GASP!—they’re gone! This is a case for Captain Awesome and the Sunnyview Superhero Squad. They sniff out the trail and round up the usual suspects, but the evil Easter egg bandit escapes them. Will Captain Awesome and his team of superheroes track down the villain before Easter is ruined?