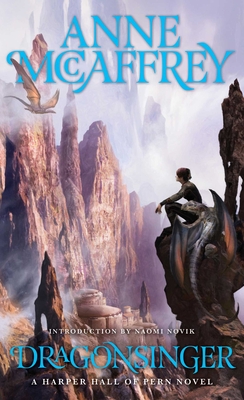 Pursuing her dream to be a Harper of Pern, Menolly studies under the Masterharper and quickly learns that more is required than a facility with music and a clever way with words. The Masterharper gives her a difficult time simply because she is a young woman, and she manages to alienate more of her fellow harpers than she makes friends. Menolly must rise up and prove that a woman is just as capable as any of her male fellow students—and if she can, she will shape the future of Pern.