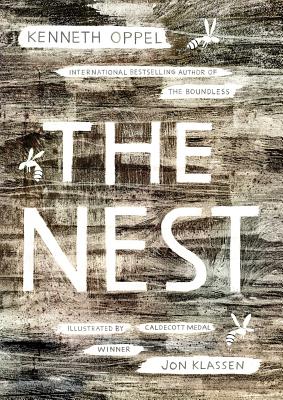 *"Readers are challenged to examine questions about what "normal" is...all in the guise of a fantastical thriller."
— Shelf Awareness - starred review

"Striking and scary at once...The Nest leaves a lasting mark on the memory, and by the end, Oppel tenderly champions the world of the broken and anxious, the sick and the flawed. Readers will find much to savor here, both scary and subtle."
— The New York Times Book Review

"A sophisticated horror story...frightening and uncanny but also deeply humane in its probing of the way value may be given to, and taken from, imperfect life."
— The Wall Street Journal

"Effectively taps into primal fears...a vicarious thrill."
— The Bulletin of the Center for Children's Books

"A quick read, with the right amount of suspense and mystery. ...Recommended."
— School Library Connection

Jon Klassen is a Canadian-born author-illustrator. He has written and illustrated the acclaimed Hat series, including I Want My Hat Back, This Is Not My Hat, and We Found a Hat. Highlights of his illustrated books are Cats’ Night Out by Caroline Stutson, Sam & Dave Dig A Hole by Mac Barnett, The Dark by Lemony Snicket, and The Wolf, The Duck & The Mouse also by Mac Barnett. His books have won a Caldecott medal and two Caldecott honors and other international awards. He lives in Los Angeles, California, with his wife and son.
Loading...
or
Not Currently Available for Direct Purchase