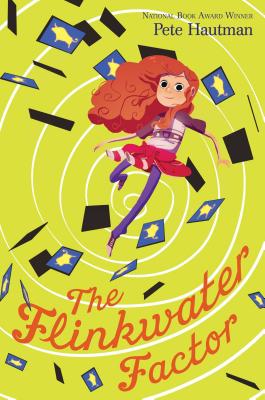 Welcome to Flinkwater, Iowa, home of the largest manufacturer of Articulated Computerized Peripheral Devices in the world. If you own a robot, it probably came from Flinkwater.

Meet Ginger Crump, the plucky, precocious (and somewhat sarcastic) genius who finds herself in the middle of a national emergency when Flinkwater’s computers start turning people into vegetables. Mental vegetables, that is. In Ginger’s words, they’ve been “bonked.”

When Ginger’s father is bonked, she recruits her self-declared future husband, boy genius Billy George, to help her find the source of the bonkings. Soon they’re up against a talking dog, a sasquatch, and a zombie, while Flinkwater is invaded by an army of black SUVs led by the witless-but-dangerous Agent Ffelps from Homeland Security. Can Ginger get to the bottom of the bonkings, or will computer chaos reign forever?

"Hautman weaves the plot threads together cleverly, but it’s Ginger’s dry humor, an equally colorful supporting cast, and the lore (and tech) of Flinkwater that make the story so enjoyable."
— Publishers Weekly

"Hautman, a National Book Award winner, makes his first foray into middle grade with this quirky, dryly funny offering of a maybe-future."
— Booklist