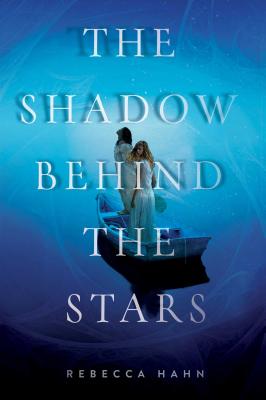 The Shadow Behind the Stars

A girl’s dark destiny could cause the unraveling of the world in this “shattering and transcendent” (Kirkus Reviews, starred review) novel from the author of A Creature of Moonlight.

Heed this warning, mortal: stay far away from the three sister Fates. For if they come to love you, they might bring about the end of the world…

Chloe is the youngest. Hers are the fingers that choose the wool, that shape the thread, that begin it. The sun smiles upon her. Men love her without knowing who she is. She has lived forever and will live forever more. She and her sisters have been on their isolated Greek island for longer than any mortal can remember. They spin, measure, and slice the countless golden threads of human life. They are the three Fates, and they have stayed separate for good reason: it is dangerous for them to become involved with the humans whose lives they shape.

So when a beautiful girl named Aglaia shows up on their doorstep, Chloe tries to make sure her sisters don’t become attached. But in seeking to protect them, Chloe discovers the dark power of Aglaia’s destiny. As her path unwinds, the three Fates find themselves pulled inextricably along—toward mortal pain, and mortal love, and a fate that could unravel the world.

Praise For The Shadow Behind the Stars…

* "From the author of the radiant A Creature of Moonlight (2014), a heartbreaking fantasy tackles life's big questions.... Chloe's narrative voice is piercing and poetic, encompassing both youthful heedlessness and eternal power, rich in minute observations, delicate metaphors, restrained accountings of atrocities, and reluctant wisdom. Alongside her sisters, she comes to sing mortals "a tune of cataclysms, of breaking points, of beautiful horrors"—but the final aching chord of helpless love becomes the unexpected triumphant resolution to every impossible question. Shattering and transcendent."
— Kirkus Reviews, June 2015, STARRED REVIEW

“A strange and wondrous course through questions of fate and free will . . . Hahn expertly tackles the power of belief and choice in this thoughtful and introspective work.”
— School Library Journal, STARRED REVIEW

“Awell-orchestrated tale of mythical beauty, painful remembrance, and fatefulconsequences…readers will soon be entranced by her ethereal prose and will befervently turning the pages to understand the mystery surrounding Aglaia’sarrival.”
— VOYA

* “This lyrical, thoughtful novel . . . is well worth the measured pace; it will likely linger with philosophical readers, particularly those familiar with the mythological Fates, long after they’ve finished.”
— BCCB, starred review

Rebecca Hahn grew up in Iowa, attended college in Minnesota, and soon afterward moved to New York City, where she worked in book publishing and wrote her first novel, A Creature of Moonlight, on the side. Her fate has since led her to Minneapolis; she misses the ocean but watches stars shine bright. Visit her at RebeccaHahnBooks.com.
Loading...
or
Not Currently Available for Direct Purchase