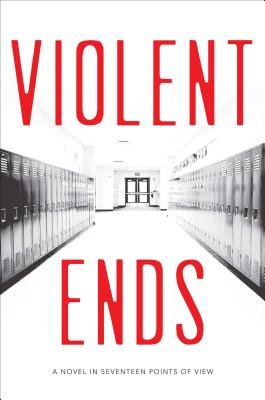 This is about one boy—who had friends, enjoyed reading, playing saxophone in the band, and had never been in trouble before—became a monster capable of entering his school with a loaded gun and firing bullets at his classmates.

Each chapter is told from a different victim’s viewpoint, giving insight into who Kirby was and who he’d become. Some are sweet, some are dark; some are seemingly unrelated, about fights or first kisses or late-night parties. This is a book told from multiple perspectives—with one character and one event drawing them all together—by some of YA’s most recognizable names.

Christine Johnson grew up in, moved away from, and finally came home to Indianapolis, Indiana. While she was in the “away” part of that adventure, she lived in Chicago, Illinois, where she attended DePaul University and majored in Political Science. She now lives in an old house in an old neighborhood with her kids and way too many books. Find her on the web at http://www.christinejohnsonbooks.com/ and on Twitter @cjohnsonbooks.
Loading...
or support indie stores by buying on